O.K. So I’m not really a fan of foot ball. Really it is the comentators that really get to me, but that’s not what this is about 🙂

Did you see the Rolling Stones at halftime?
They did an admirable job for a bunch of old coots! Mick took off his sequined jacket after the first song. I told Bill,”If he takes off that t-shirt, I may puke!” He had old lady arms! How did that happen? Where has the time gone?

Mick did sing and dance around for three songs. Gotta give him that.

Then the game started again.
I much prefered the UNH / Bryant club hocky game Bill and I attended this afternoon. 🙂 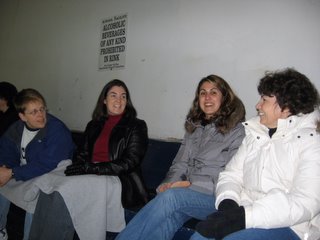