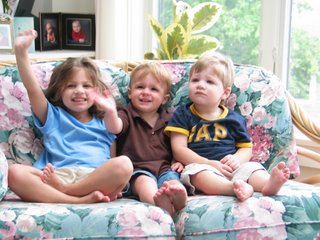 We have 3 beautiful grand children.
( this photo taken July 2006 is of Kendyl, Will, And Jase.)

Last week we had the joy of visiting our daughter, our son-in-law, and Will in St. Albans, VT.
We arrived on Thursday evening. We had stopped along the way for dinner. When we arrived the Lagrows were heavy into cleaning the fish tank and dinner was a few minutes away for them. They had expected us to arrive much later.
We had a fabulous time. At least I did! I think Bill did, too, as he was helping Todd re-fit the kitchen cabnets to accomodate a new marble counter top. Lots of measuring and cutting and fitting. The boys were in seventh heaven…. Along with Will. He was in on the action as much as was allowed. As you can see he has his own tape measure and special piece of wood to work on. 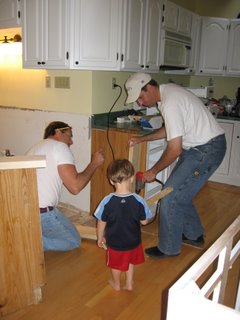 Being 2 1/2 he is picking up language quickly. He ‘parrot-ted’ all that he heard. Very fun to be a part of the whole scene.

Friday night snow began to fall and before morning there were three inches on pumpkins, deck, and ground! Everywhere, all around!

We got a preview of Will’s Halloween get up. 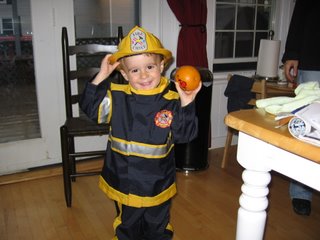 And before we headed back to RI, we were entertained by a 3 man jammin’ group. 🙂 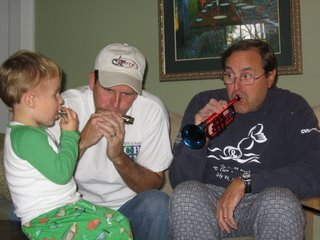 Thanks Tina, Todd, and Will for a very fine visit. 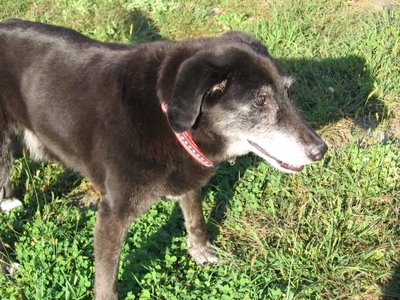 I told her she could have a little dog. We went to the dog pound in Providence and the only puppy there was Hershey. She grew into something other than a small dog. 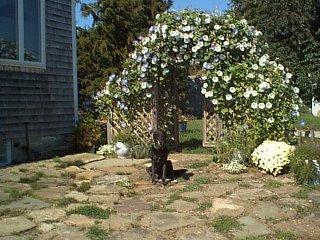 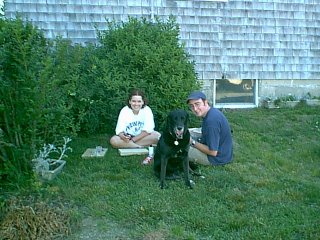 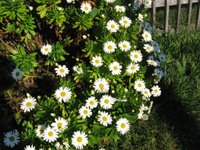 JoAnn tells me these flowers are called Oxeyes.

And this is Hershey. 🙂 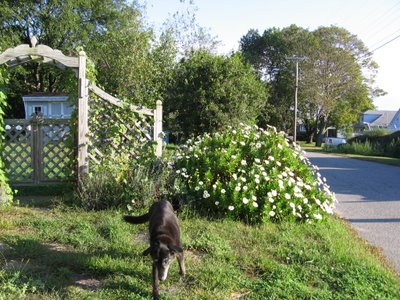 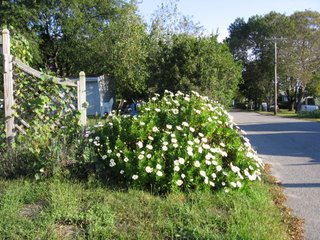 The early morning sun reflected off the boats and the bridge. The clouds demanded to be photographed. 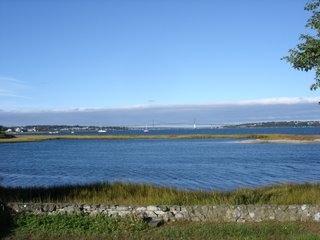 The evening presented another request. “Don’t let this moon get by without a record!” 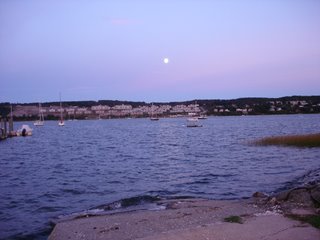 And then there was the sunset.

I missed the raspberry lined clouds and reflection. I did get some awsome sky. 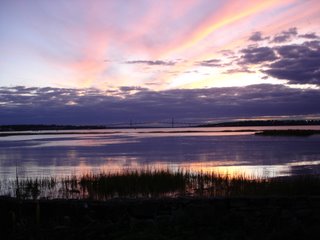 Looking at the calendar, the full moon is promised for Saturday the 7th. But it was a lovely show today just the same.

My tooth is fixed!
No crown necessary.
No waiting until Oct 17th for crown prep work.
Then another – who knows how long – for the crown.

My new dentist is Dr. David Dess in Portsmouth, RI.
He said he thought he could fill the tooth, that a crown might not be necessary.
And sure enough, he filled it with the composite resin stuff ( not silver) and it is done!

The novocaine is starting to wear off. I’ll be fine!
lol 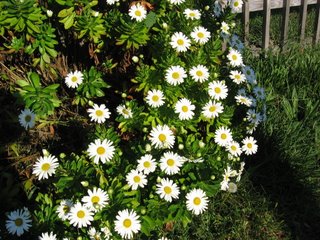 I love these flowers! I think they are called Montaup Daisies. They bloom in the early fall… Actually late summer. I’ve been watching for them and saw no buds on the plants until two weeks ago. And on Friday they burst into bloom. The funny part is that I cut some of the buds on Mom’s birthday and they didn’t bloom until the ones still outside bloomed. Hmmm. Cool! 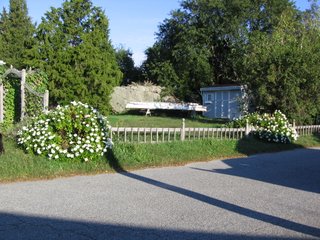