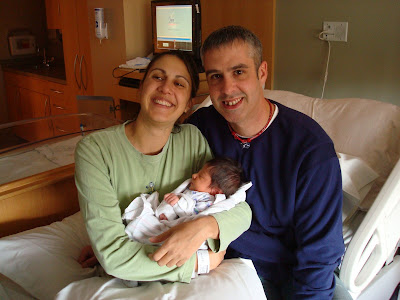 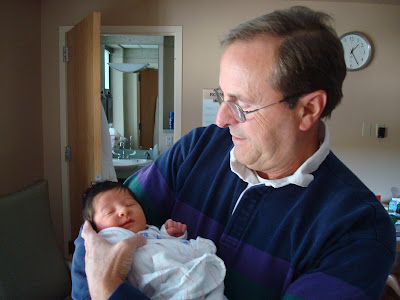 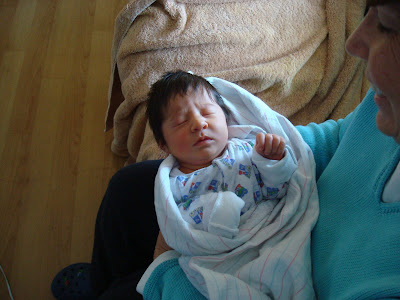 Bill and I are the lucky ones! 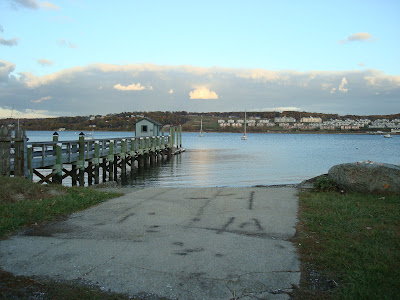 Later I will figure out how to add it to my links. 🙂 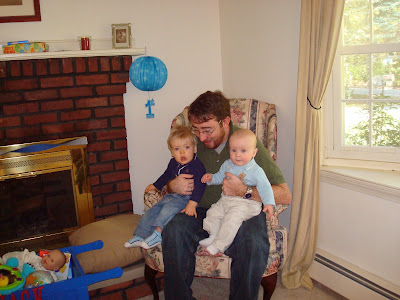 I keep checking this site and there are no new posts!
How can 3 weeks have passed with out a post about Jack’s 1st birthday?
It happened!
Well………

Jack had his very first birthday party. He was presented with some wonderful gifts. And I can testify that he is enjoying them. He really gets into playing with them. 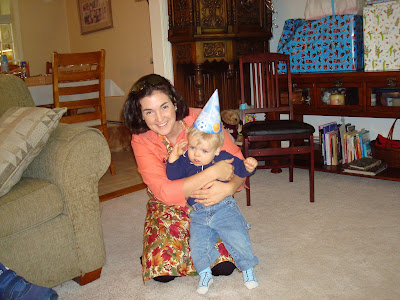 Jack didn’t keep the hat on too long. 🙂 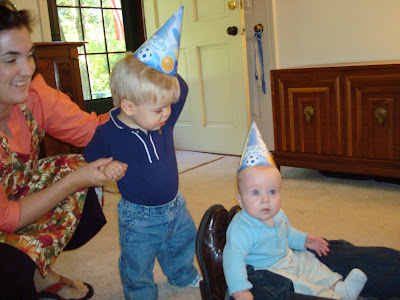 His cousin, Ted, was visiting and sported a Birthday hat, too. 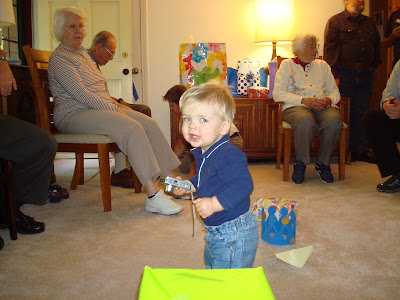 Jack thought he could snap a few “pics” before unwrapping his gifts. 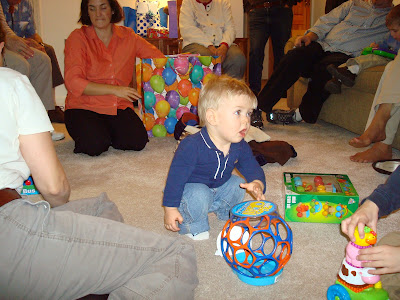 He had lots of help with his gifts from Matthew and Jake. Aren’t cousins a wonderful thing? 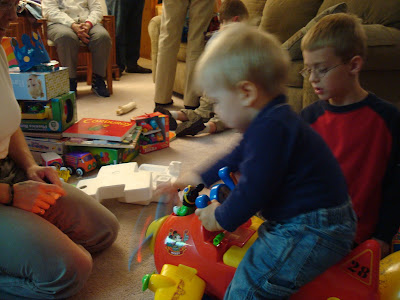 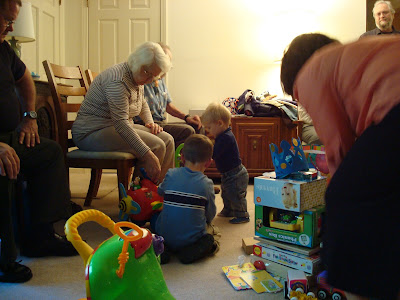 And then my battery died! Talk about a horrified Grammie!
For photos of the candles and cake cutting you can visit Kim and Anne’s blog.
They also have some very nice photos of the entire group that gathered. It really was a fun day. The weather cooperated and everyone had a great time. 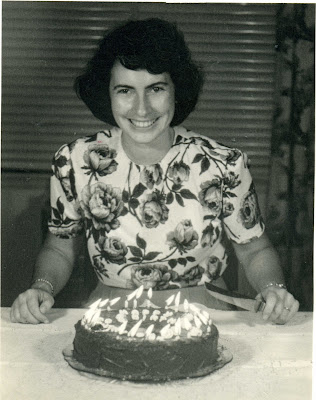 With this ever expanding family, it seems birthdays crop up every few weeks! Well maybe not that frequently.
We had two “mile stone” birthdays back to back. Great Gram Ruth turned 90 on September 25th and Jack celebrated his first birthday on October 4th. Great Gram is well known for her knitting expertise and her yummy chocolate chip cookies. The “fox” is included, because Great Gram and her friend Joyce have been “foxy” since they worked together at the Town Hall. They began calling each other “Foxy” when they pulled off another surprise gift or party for their families. 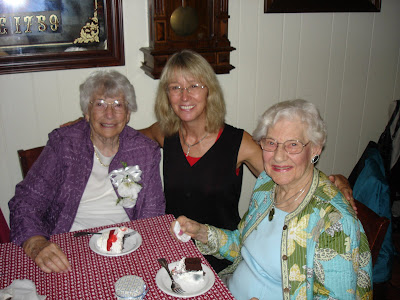 Here Janet shares a moment between the “Foxes”. 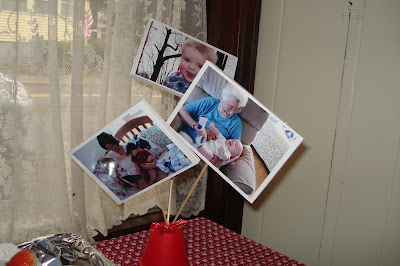 Our party theme was “the decades”. We had ‘fun facts’ and photos from each decade on the tables. There were over 90 photos of Great Gram Ruth and her family through the 90 years of her life. We had a novel method of displaying them 🙂
Photo on a stick. 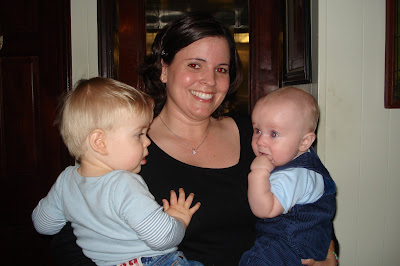 Here Chris has an armful of nephews.

Some family and friends came from great distances to honor and visit with Great Gram Ruth.
Emily and Joe drove from VT. 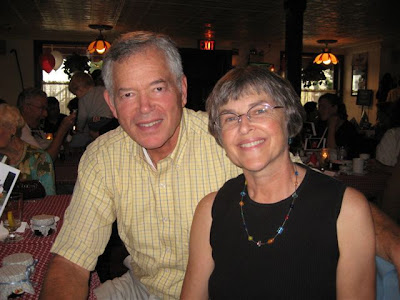 Christopher came in with a friend from NYC.

Allan and Dianne flew in from Oregon for the fete. 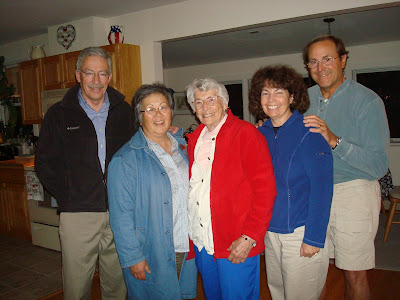 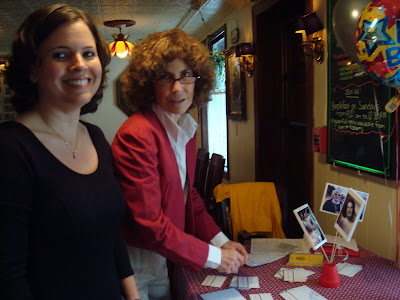 Jan made apple and grape jelly for party favors. She worked out the seating arrangements. She gave a marvelous “toast” to Great Gram. She and Milton provided transportation for Flora so that she could attend.

It seems folks really enjoyed themselves. We have heard back from guests that they were honored to have been included and they had a great time. 🙂

Let me just say …my camera stopped working 1/2 way through the party! I will be relying on others for cake photos and gift photos. Kim and Anne should have some great photos of everyone in a group photo.